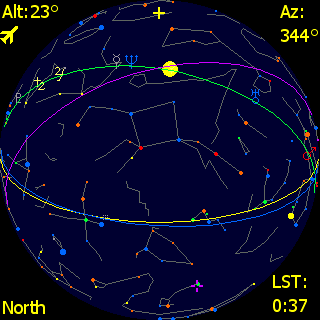 Open 2sky is a full-featured planetarium application for Palm OS, released as open source by Kevin S. Polk in 2010.

Some of its features include: