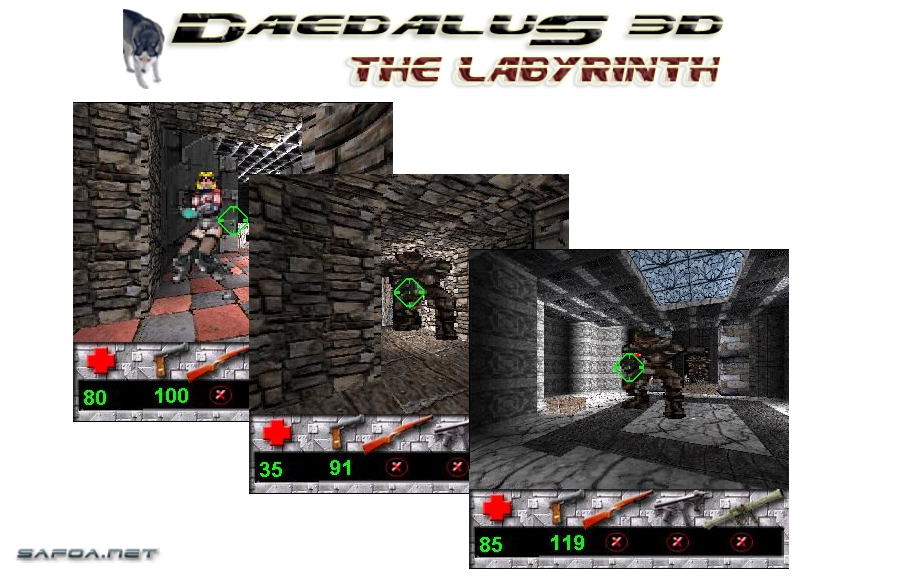 Daedalus 3D is a first person shooter for Palm OS-based devices and Nokia S60-series and UIQ smartphones. It is set in the 2014, where alien forces from Mars had invaded Earth and established a fortress on the planet. Your job is to get there and make them vacate the premises.

Visually, especially looking at the chosen brown-grayish color scheme, Daedalus 3D brings Quake to mind. And though the engine can display polygonal levels, objects and certain static lighting effects, it is not on the same technological level. The enemies are rendered as sprites and the architecture is much simpler as well. There are no visible weapons on the screen, only icons representing the four of them at the bottom of the screen.

The game supports both touch-based (for Palm) and hardware key input and both ways could be customized. There are 23 maps in total, plus the game can be expanded by additional downloadable level packs.

Use the "tm_daedalus3d.prc" file to generate your registration code.

The Labyrinth is designed for Palm devices running PalmOS® 5.0 or newer and ARM compatible processor with at least 4MB of available RAM memory, including:

Please feel free to message me on the PalmDB discord for any Palm OS software upload requests. :-)