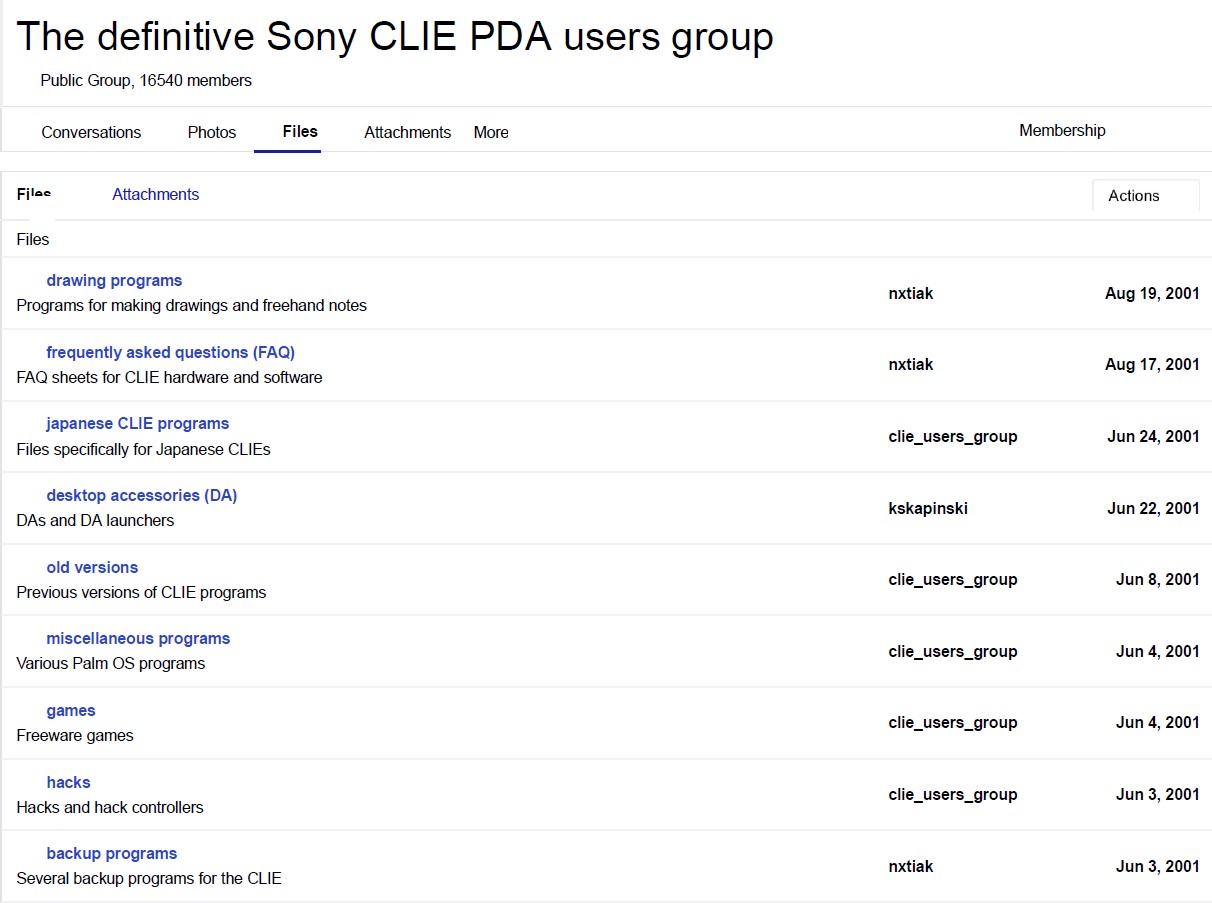 Yahoo! Groups was an online discussion board system which ran from 2001 to 2020. Among them was the Sony Clie Users Group, which was known as one of the most active Clie communities on the internet in its time.

A portion of the group's discussions were captured and preserved before Yahoo! Groups was shut down in February 2020. Those captures are presented here, while software shared amongst the group is available as part of the general app catalog elsewhere on this site.