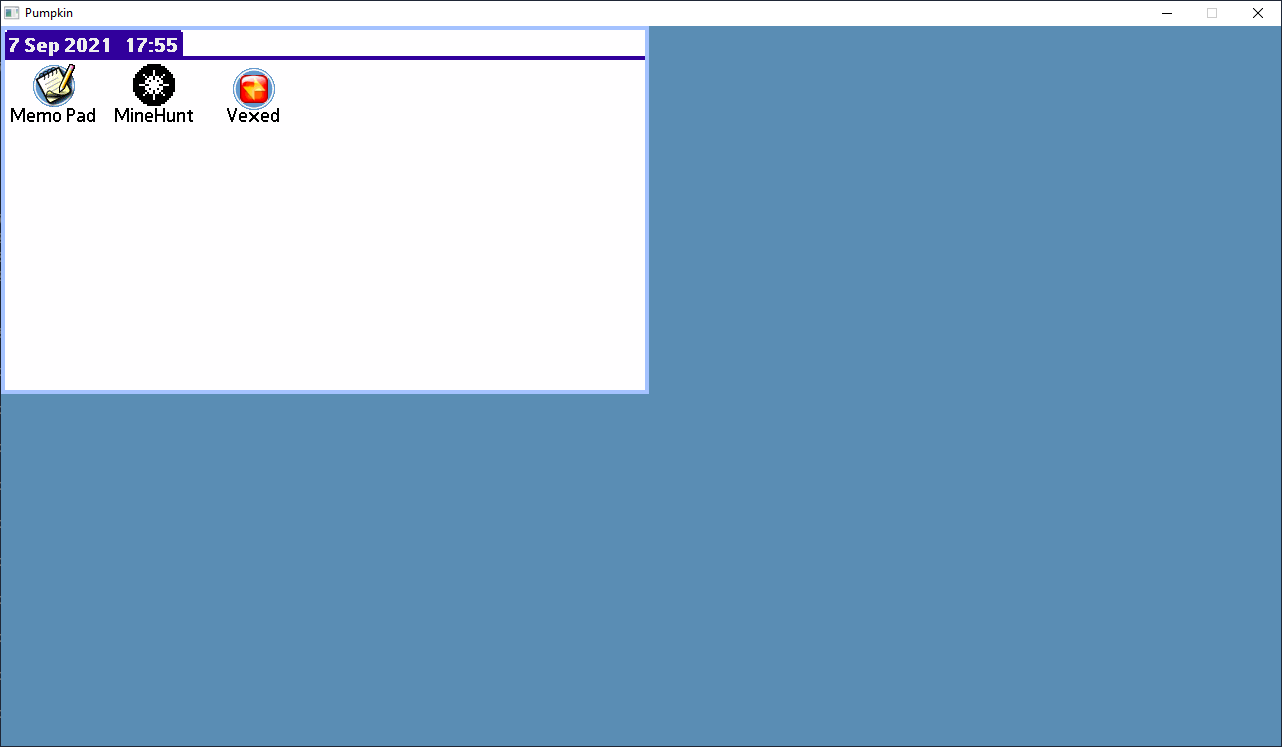 Pumpkin OS is a reimplementation of Palm OS ported to x86 and ARM architectures. Unlike traditional emulators, it relies entirely on its own original code to run apps natively and does not require use of ROMs or hardware virtualization. Pumpkin is also the first multi-threaded Palm emulator, allowing to run multiple apps simultaneously in separate windows.

Pumpkin is currently in early stage development, with only a technical preview available for Windows at the time of writing. For the time being, downloads are only provided externally at the author's website, linked below. In the future, Pumpkin is planned for full open source release, at which time it will support ARM-based OS5 apps and audio playback.