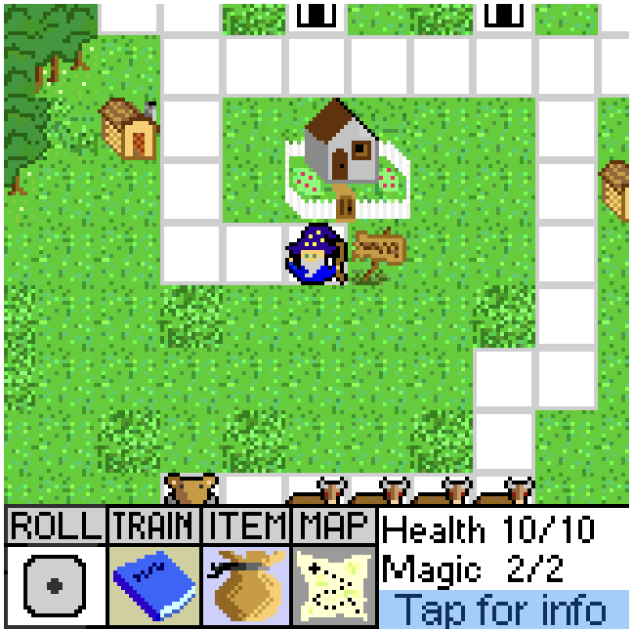 The evil wizard Emitria has taken over the land. From his fortress atop the deadlands plateau he has begun work on sinister magics designed to enslave the world. It is up to you to venture forth from your small village and defeat Emitria.

The goal of the game is to defeat the evil Emitria. Emitria lives in a heavily defended fortress, guarded by a large army of evil minions. In addition, the fortress is sealed by a powerful magic that can only be broken by collecting five magic crystals. These crystals will be found on a few powerful creatures in the world.