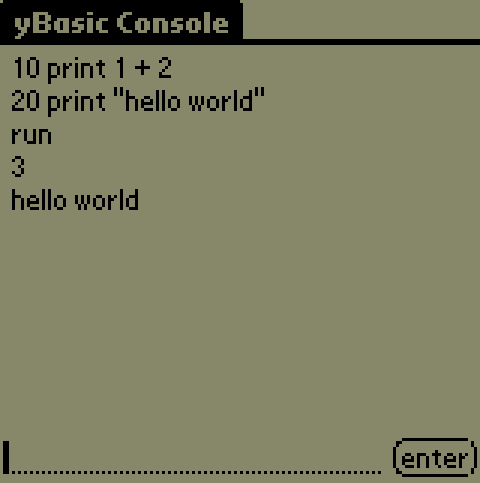 HotPaw Basic has many features including:

This will work in widescreen on the AlphaSmart Dana.

Note: Although this program's documentation states that this is a 30 day demo, I was unable to trigger the registration prompt by changing the clock, so it is most likely registered.