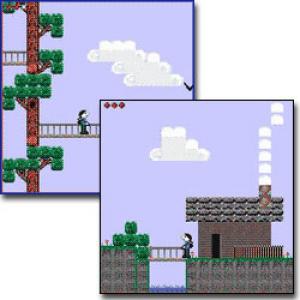 Bucky in His First Adventure

Bucky in His First Adventure is a side-scrolling platformer in which the player must explore the world and uncover items to reach new areas and defeat a horde of trolls.

Bucky was created by a one-man development team under the name MissileMax Handheld Software. It was released in beta in 2003 and received a handful of updates in the months following. Further beta content and a full commercial version were planned, but never released.