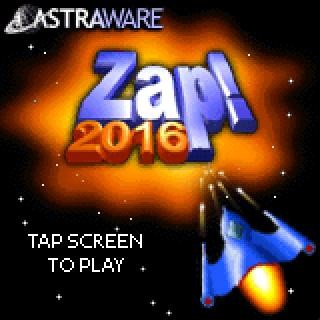 Zap! is a top-down arcade shoot-em-up in space featuring numerous enemies and bosses to contend with across multiple levels. Its first iteration, simply titled Zap!, was first published in 1999 for Palm OS 3.x devices, but later received a full-color remake called Zap! 2000. An enhanced version of this remake, Zap! 2016, was later released with improved graphics and sound in 2003.

Use HackMe to register without changing your primary HotSync ID.

Find your Astraware ID in the table of official codes from Astraware itself! PalmDB appreciates their generosity!